We Need to Talk About Ezra Miller 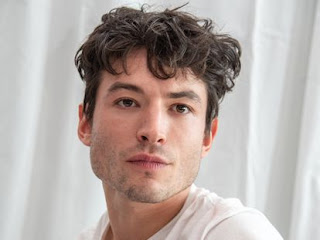 We need to talk about Ezra Miller, seriously. Not in a, "Oh, they're being crazy and it's funny to remark about," manner, but a, "If something isn't done this is going to end horrifically," type of discussion is needed. Miller's life of late has been not so much fraught with controversy as completely enmeshed in it. They've been arrested for assault in Hawaii, accused of grooming teens in some manner, building a weird cult-like commune on a farm full of guns, and that's just some of the list. It has gotten to a point where Miller is allegedly driving around the country, armed to the teeth, and wearing a bulletproof vest. They are convinced they're being tracked down by some mixture of the KKK and FBI. This is not a joke, this is a person with a severe issue needing help.

DC most likely plans to replace Miller as the Flash after the movie is released. It is odd how, "Batgirl," gets canceled but DC seems to eager to try and sweep Miller's behavior under the rug, grit its teeth, and try and release, "Flash," in theaters come Hell or high water. The way things are going this cannot end well and I am legitimately concerned we are on our way to some tragedy with Miller and/or others hurt, possibly worse.