Taylor Swift Isn't the Sole Cause of Global Warming, Just So Everyone is Aware 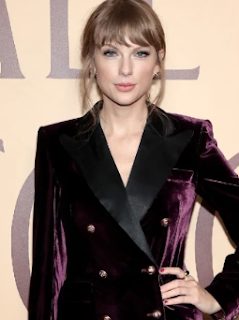 Global Warming is a major issue, that much is clear. It has been a huge concern for decades but people ignored the warnings of well-meaning messengers (multiple scientists, Al Gore, etc.) for years. Now shit is actually hitting the fan and folks are panicking as Summers hit absurd temperatures, crops die, storms decimate regions, and so forth. Do you know who is to blame for a lot of this? Not individuals who try and do their part, but major corporations that pollute the atmosphere to an absurd degree. I'm not sure of the exact statistic but I could swear I once read somewhere that the ten biggest companies in the World create a massive percentage of the planet's CO2 and other pollutants. Yet, we all blame Taylor Swift?

I am by no means a huge lover of Taylor Swift. I used to actually be quite hard on her. Then I came around and realized she meant well and had some catchy tunes. Therefore, I am not merely defending Taylor Swift because I'm a Swiftie or whatever they are called. That said, I think she is being unfairly targeted by folks after a report came out that a private jet she owns took a bunch of trips this year. Swift apparently hasn't even been on a number of these flights, letting others borrow her jet. And again, this is a tiny fraction of the kind of waste created by an entity such as Peabody Energy, Chevron, BP, or so forth. A celebrity going on some private flights makes a bigger carbon footprint than those of us riding in jumbo jets, sure, but even if Taylor Swift stopped taking flights and just rode a scooter powered by the tears of the exes she's called out in songs it wouldn't save our polar bears. Instead of getting mad at a handful of people riding in private jets let's maybe focus that rage on actual major polluters, you know?