August is about to be done and Summer will (unofficially) culminate as well depending on if your schools and such start earlier or wait until after Labor Day (another unofficial end to Summer). How about we enjoy some news and such as the rest of August rolls out?
Some Good Reading 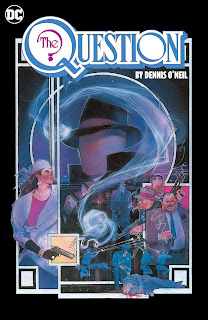 Denny O'Neil and Denys Cowan created an absolute masterpiece of a run when they tackled, "The Question." I need to save up some pennies and get volume 1 of the new omnibus. Steve Baxi of Comicsbeat writes about how great a read it still is.
I wrote about the "Variant" comic mess brought about by an acetate cover stapled onto an "Ultimate Fallout," #4 reprint at C2E2. It appears the company behind it, Black Flag, had their plans to do more controversial covers stopped. There will undoubtedly be more news as this develops.
Unless you were under a rock lately you probably saw the FBI raided Trump's current compound/house down in Florida. It seems he had stacks of classified documents--illegally--and I honestly can't believe he just keeps getting away with crimes and is free of a prison cell. Meanwhile, his blindly loyal followers are threatening civil war, so great times all around. 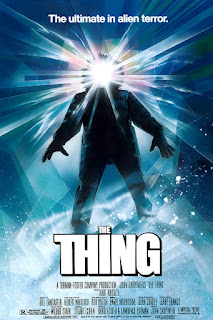 This article discussing, "The Thing," is a fantastic look back at the classic film. I often discuss how it is just a great movie. See it if you have not yet!
There was a post I made about how there are concerns about Valiant in regards to its survival as a comic publisher. They've now cut back to one comic release per month so one continues to wonder and worry.
"South Park," turns 25 this year. It has had some great seasons and some weak ones, but it manages to stay quite culturally relevant and entertaining, so that deserves props.

I have a soft spot for the, "Gothic," franchise having absolutely adored, "Gothic II," back in the day. Seeing that the first game is getting remade has my attention and makes me hope the sequel might get the same treatment at some point too!
"Day Shift," sounds like a movie I'd be into. It is a combination of action, comedy, and a dash of horror. It has actors I like in the form of Jamie Foxx, Dave Franco, and Snoop Dogg (he's been good in some flicks, seriously). It is on Netflix so I honestly need to watch it soon.
Finally, readers of the blog know I am extremely pro-choice. I was pleased to see even if our nation is a dumpster fire right now when it comes to abortion rights that voters in Kansas voted to protect a person's right to choose.
Fall Rapidly Approaches 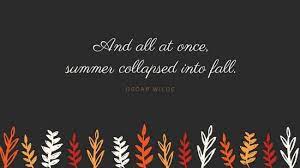 Fall is a wonderful season and it is rushing towards us. I don't have any beef with September, but October is my favorite month so hopefully, September goes by quickly and smoothly so we can get to the good stuff.
Posted by David Charles Bitterbaum at 8:41 PM