The Comic-Book Market's Profit Margins Are Getting Ever Slimmer 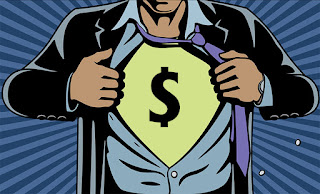 Comic-book/pop-culture stores operate on a pretty thin margin when it comes to the actual comics. One shop owner told me comics take up the most space at his store for the most little profit compared to trading card games, board games, and so forth. Comics operate under the Direct Market model where stores get a big discount to buy comics upfront and lack the ability to return them if they end up unsold. Now, ever since the distributors of comics went from being a single entity (Diamond) to three in the form of PRH, Lunar, and Diamond, that has made it a good deal messier for shops. All three distributors are under a direct model, but some are easier to work with than others. I've heard from my local stores and read online that the distributor Lunar--the sole option for DC floppies (but not graphic novels, more on that in a minute)--offers some of the hardest terms to meet in minimum orders and the least forgiving percentage of a discount. Brian Hibbs latest, "Tilting at Windmills," article for Comicsbeat discusses just that.

Brian Hibbs is a longtime comic journalist who also owns a comic business and he discusses how with the shoddy discount Lunar offers his store essentially breaks even with comics they sell from DC. He gets the trade paperbacks from PRH because Lunar does a poor job keeping many options in stock, so even if he got more stuff from Lunar it wouldn't be as many graphic novels and it takes a long time for a better discount with Lunar to even kick in. As he says in his last sentence of the article, "I didn’t leave periodical comics. Periodical comics are leaving me." It's a worrying thought that comic stores are going to have to be even tighter with ordering for fear of even making a sale barely helping them survive or losing even more money than before on dead stock if something doesn't sell. One would have hoped more comic distributors would've helped to fix this problem, not exacerbated it.