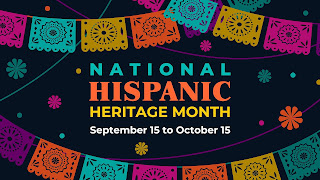 UPDATE: DC is going to use the original cover that Jorge Molina did. Thank goodness for that, at least.

Oh, DC Comics, you really stepped in it. In an effort to promote the upcoming Hispanic Heritage Month, DC is doing some themed covers. This is perfectly normal as we've had themed variants for plenty of notable months. However, the actual execution this time has resulted in some problematic optics.

Almost every single cover involves food. The characters eating it, or it being a part of the image. It's a little odd. One really cool cover that was done Jorge Molina did not involve food. As Bleedingcool tells it, "Only the variant for, 'Titans United,' featuring Green Lantern Kyle Rayner, appeared to feature something other than a food theme, homaging La Patria, a painting by famous Mexican mural artist Jorge González Camarena." The original image Molina did is this one: 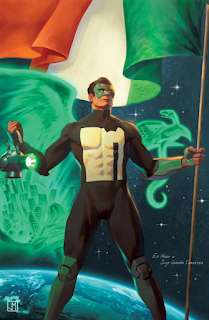 That's not what DC chose to publish. Some changes were made (Molina has politely expressed he is not a fan), and now the image features Kyle Rayner holding a bag of tamales. Yes, seriously. Have a look: 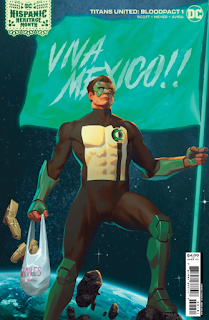 I mean, what the Hell? A big part of many cultures would be food. It doesn't have to be the only thing though. As Samantha King of Screenrant observes, "Culture and heritage is about far more than food. Though it is one of the most effective ways to bring people together and to begin building bridges, it shouldn't be the sole focus of covers that aim to celebrate so many different cultures." It is reductive. This would be like reducing my Jewish heritage to a bunch of comic covers featuring matzah ball soup. I eagerly await to see what DC does in response to how awkward a look this is.