Check Out Mike Wolfer's Kickstarter for His Debut Novel! 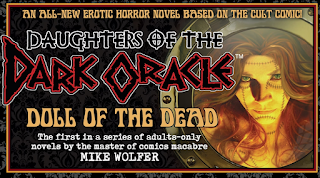