They Say the Justice System Isn't Broken, But Yeah 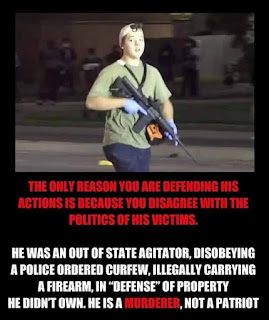 Yesterday, a murderer named Kyle Rittenhouse was found not guilty by the jury at his trial, against all logic. He wanted to act like some kind of vigilante and went with an assault rifle to the scene of protests. He shot people in cold blood. He cried about it on the stand and the power of crying white tears (and being a white man in general) set him free. It's weird that our society has become so divided that now we can politicize murder. Because Rittenhouse shot people who were protesting racial injustice a bunch of right-wingers decided to make him some kind of mascot. His trial was a mess between a judge who practically adopted Rittenhouse as a son and the aforementioned dramatic performances Rittenhouse gave when he took the stand. Chalk this one up as another example of how broken the justice system is.