The Nintendo Wii is 15 Years Old 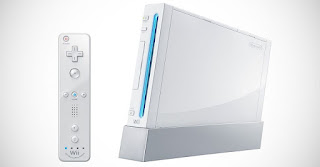 The Nintendo Wii turned 15 over the weekend. The interesting thing is that it had a pretty long lifespan for a console and still is somewhat relevant now even if no games are being made for it besides the occasional small indie/homebrew title. Back when the failed WiiU was produced and then the immensely popular Nintendo Switch, the Wii kept trucking along with some occasional dance games or such. Folks still buy Wiis and enjoy the catalog of titles (or even simply play the bowling mini-games). We have a Nintendo Wii and occasionally will play some games on it. It was/is just a great console. Long live the Wii!