Disney+ Confirmed and Announced a Slew of New Stuff 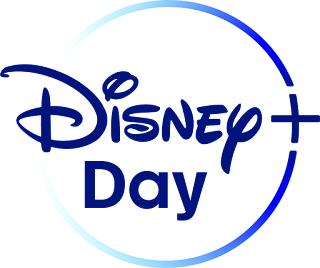 Today is what is known as, "Disney+," day, as it's the anniversary of when the service launched. In honor of this, a lot of new stuff is now available to watch. Also, Disney+ confirmed a lot of rumored projects, announced others, and basically got us fans of the streaming service abuzz. We are indeed getting an Agatha Harkness show, an, "Echo," spin-off from, "Hawkeye," "Secret Invasion," is coming, "Moon Knight," as well as, "She-Hulk," had brief-but-intriguing teasers along with, "Ms. Marvel," as well. Oh, and further info was provided about the Obi-Wan show, there's going to be an X-Men cartoon that continues the 90's continuity, and there is going to be a, "Cars," series, because...why not?

Also oddly announced was the new, "Predator," prequel movie titled, "Prey," It is set in the past and due to its R-rated content will stream on Hulu (skipping theaters altogether). Plenty more was announced and Polygon has it helpfully sorted in this list so you don't have to check out a ton of different sites to see what's what. It looks like lots of good stuff is coming to Disney+ (and Hulu), so I'm excited! Perhaps this will assuage the fears of Wall Street and boost Disney's stock as their streaming growth has slowed lately. Considering multimedia entertainment now makes up 75% of Disney's revenue, movies/games/shows doing well is key