"Smokin Out the Window," is Absurdly Catchy 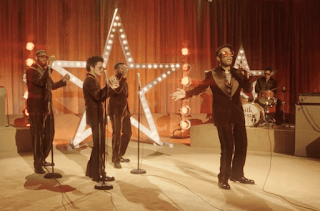 When Bruno Mars and Anderson .Pakk teamed up to create the duo known as, "Silk Sonic." I was intrigued. With an intentionally very 70's style and a sound both vintage and modern, I really liked their first song, "Leave the Door Open." Then they brought us, "Skate," which was pleasant if unremarkable. I worried perhaps they wouldn't have anything else to offer as wildly impressive as their debut jam. I was foolish to be concerned, however, as the newest tune they've given us, "Smokin out the Window," is an utter treat. From Bootsy Collins talking at the start to the last note, it's fantastic.

A song about how the men of Silk Sonic did everything for a woman, but it turned out she was doing them wrong, "Smokin Out the Window," is not a happy tune, but it still makes you smile even as they describe how upset they are because it is absurdly smooth and fun. Yes, it turns out they were being cheated on even after giving the woman love, gifts, and all their time, but no matter how much heartbreak they're feeling this song grooves. Now Mars and .Pakk are just stuck sitting by the window, smoking, singing about, "How could she do this to me?" I may hate smoking, but I love this song. Here is the official music video:

Straight fire, this jam is straight fire. Silk Sonic is rad. Yesterday they actually released the whole debut album (kind of an EP as it's 30 minutes, yet it is nine songs)--"An Evening With Silk Sonic." Check it out on your preferred (legal) streaming service.