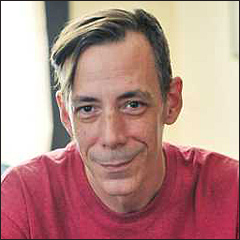 I have written extensively about how disgusting it is that many of those who work in comics get basically nothing besides some, "Work-for-hire," paychecks that result in any medical mishap or simply getting older resulting in them being without funds and needing help. I won't get on my soapbox today about how publishers treat the people who created the stories we love, but I will say that Craig Hamilton, as reported by Bleeding Cool, was injured, went to the ER, and now will have physical therapy/rehab.

Craig did not have health insurance as even with the ACA (also known as, "Obamacare,") making it easier to get health insurance for many, some still cannot afford it due to the efforts of Republicans in certain states (another soapbox I won't get on right now). Craig's good friend and fellow creator, Nancy Collins, created a GoFundMe for him. Please give if you are able and/or spread the word about it.