Dear God, They Are Going to Release a, "Snyder Cut," After All 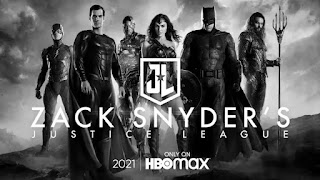 If you heard a certain subsection of Twitter let out a delighted squeal of glee today it was because of this news that lit-up the internet: HBO Max will be streaming the so-called, "Snyder Cut." It is a version of, "Justice League," which reflects Zack Snyder's vision free of studio meddling or Joss Whedon's reshoots, and was thought to probably exist in some unfinished form, but it seemed only a very hardcore and dedicated fanbase wanted it. I guess it was decided whatever it would cost to punch-up the Zack Snyder Director's Cut of, "Justice League," was worth it to possibly draw more people to HBO Max, because it should be expected in 2021 after 20-30 million is spent on some finishing special effects, adding some music, and so forth what with Snyder saying his version of the movie is otherwise, "90% done."

I kind of liked Snyder's work in the DC Film Universe, enjoying, "Batman VS Superman." I still haven't seen, "Justice League," but am told it is clearly tonally wonky. I was getting tired of him going on and on about his secretive Director's Cut, but I guess he gets the last laugh now that it'll actually be coming out. The thing is, I doubt it will be able to equal whatever his fans have built-up in their heads who hated the theatrical release of, "Justice League." At least once it is out, people can stop their relentlessly annoying tweeting about their desire for this, "Snyder Cut."
Posted by David Charles Bitterbaum at 6:25 PM