You Can't Say a Song is, "The Song of the Summer," Before It's Even Summer 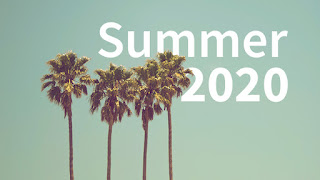 I'm only 32 as of yesterday, but I sometimes complain like an angry old man. One thing that really gets me irritated besides kids on my lawn is when someone says something is, "The song of the Summer," before it is even Summer. We are currently in the month of May and have no clue what music might come out in June, July, or August. There may be some absolute banger that drops in late June which everyone plays into early Fall, at which point it will clearly have been the song of the Summer. I'm annoyed like this because as soon as the song, "Rain on Me," by Lady Gaga and Ariana Grande was released it seemed like every news outlet wanted to eagerly declare, "This could be the song of the Summer!"

First of all, Gaga and Grande are both extremely talented, but, "Rain on Me," is a mediocre-at-best song. Second of all, when a song has barely been out a week and people are figuring out how much they vibe with it you can't just declare it to be the biggest thing this Summer. THIRD of all, as I said, it is only May. I just think we should all maybe take a breath, see what music comes out these next few months, and then maybe in late August or early September we can officially look back and say, "This particular song clearly was the song of the Summer now that we have the ability to examine the entire Summer as opposed to just declaring random B.S. in May." I mean, if people really want to anoint a song with a special status, we could argue over what was the song of the Spring, maybe?
Posted by David Charles Bitterbaum at 11:27 AM