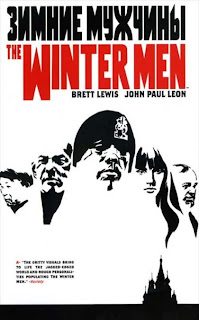 The Winter Men
A mini-series about Russian super-humans that actually doesn't really involve that much with super-folk, but has a lot of cool crime-stuff and interesting political intrigue.

Brett Lewis is a good writer, but John Paul Leon is an amazing artist, with a style that is both nice-looking but subdued, and which lends itself great to action with its slight abstract-look but still being clear enough for the reader to tell what's going on--and there is a lot going on in this story. There are mobsters, a missing girl with a super-power, gun-fights, politics, and a bit of romance. It's very fun and exciting and has some humorous moments that help with dark tone of the comic--things can be depressing. 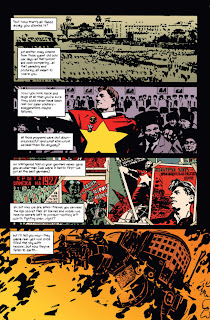 Our protagonist Kris is a tough ex-military fellow and following his adventures is some fun stuff, with the supporting cast being made up of equally interesting people. The last part does feel a bit rushed however, and sure enough from looking things up on the internet I discovered that this was originally going to be eight issues but they moved it down to six with the sixth being a bit bigger. It's still great, but just feels a little too fast. 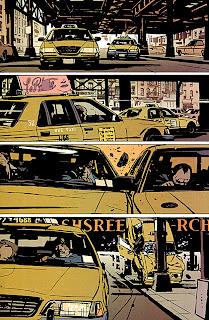 This was an enjoyable read, even if it felt like it came to an end too quickly. I thought it was entertaining and as action-packed as it was clever. A good time.
4 out of 5 stars.
Posted by David Charles Bitterbaum at 8:48 PM