Engaging and Interesting--Flashpoint: The Outsider #1 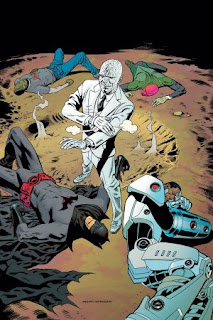 Flashpoint: The Outsider #1
I may only be getting the Batman comic for during the Flashpoint spin-off, but I can read others, and I heard enough good things about this comic, and was intrigued by the character of the Outsider in Flashpoint #1, so I gave this a readin' and will share my thoughts on the level of enjoyment I gleaned.

This was a cool comic. I don't know how it ties in with Flashpoint itself, and it may not for all I know, but it talks about the character of the Outsider who is pretty much an original creation other than looking a bit like the regular DC-Universe Metamorpho. He's a smart business man and he also knows a thing or two about fighting, and we get to see both of these skills in the comic after witnessing his origin. He definitely is an interesting fellow. 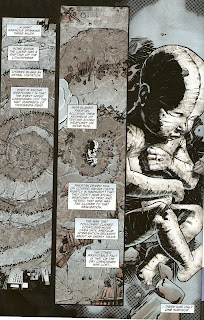 James Robinson wrote this and he can be very hit-or-miss with his comics. There are the great pieces by him like his Starman work, and then the stuff everyone hates like "Cry For Justice". I don't know if I would say this is great, but it is definitely very good and the mystery it introduces at the end of the issue should make whatever comes next snazzy. 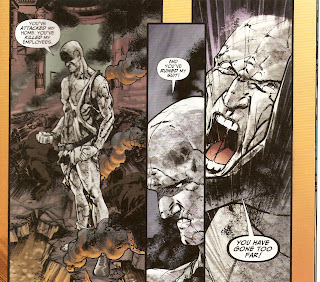 This was a a good time and shows that Flashpoint isn't just for providing new spins on classic characters, but possibly building up new ones too. I wonder if when Flashpoint ends some of the characters will survive the universe imploding or whatever and we will get to see the Outsider carry over into the main DC Universe. He's quite the clever fellow and I think reading his adventures in the "real" DC-world would be a barrel of fun too.
3.5 out of 5 stars.
Posted by David Charles Bitterbaum at 10:10 PM