My Top 3 Video-Games of the Year

The following are what I feel are the top 3 video-games of the year. Please note there were tons of great games, such as Fallout: New Vegas, Assassin's Creed: Brotherhood, Fable 3, Red Dead Redemption, and more--this list isn't discounting them or saying they aren't great, and they may even be better than my top 3 games in certain ways, but my top 3 games are there because they are my own personal favorites. So, now that we've got that disclaimer out of the way.... 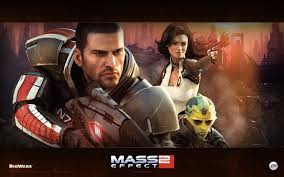 The sprawling space-epic that is the Mass Effect Series not only got better with the 2nd installment, but it pulled the trick of making you truly care about all the characters who make up your crew, and then introducing the very real possibility that you could all die on your final mission. It takes some quality gonads for a game to go there. The game-play was more streamlined than the first game, and the drama and action was unbelievably beautiful and intense. The only annoying this is all the downloadable content that you don't have to get, but in order to enjoy every faucet of the story you do sorta need to buy it. Also, I did miss being able to customize the characters as much as one could in the first game, but I understand why they simplified things. I was a bit hard on the first Mass Effect thinking it was just ripping-off Star Wars, but as the 2nd game has allowed the story to grow even more I can see that while there are similarities to classic sci-fi stories, this is its own amazing beast. 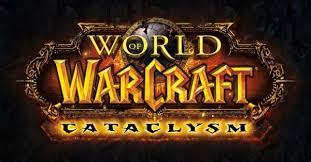 Is there any game I have put as many hours of my life into as World of Warcraft? Perhaps Fallout 3 or all the Grand Theft Auto games combined come close, but WOW has definitely been quite the time-sink. I'll play it often for a year,  maybe take a year off, but I always end up coming back. It's like that lover you know is bad for you but you just can't quit seeing them. Now imagine if that lover got a total makeover and seemed to fix almost any flaw you could find with them--you've got Cataclysm. The company behind the game, Blizzard, literally blew-up the old game-world and sometimes stale structure of early quests and re-did the whole beginning game experience--and added some new stuff for max-level characters. Now even the early quests of the game don't feel like a grind, and I actually want to play one of the teams of the game I hate, the "Alliance" side, thanks to the new werewolf-like race, the Worgen. This was an amazing expansion and probably will top a fair amount of people's game-of-the-year lists, and if it weren't for my number 1 game it would be my favorite too. 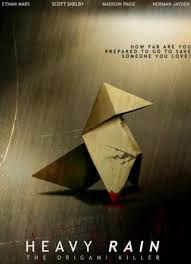 From the first time I saw the promo trailer, "The Audition," on the otherwise terrible channel G4 late one night three or so years ago from now, I knew this was going to be something special. Yes, the voice-acting isn't always perfect, even at a few times cringe-worthy. But this isn't just a game, it's an experience. This game came out in early 2010, but it still sticks out in my mind. The concept of "controls" is twisted on its head with context-sensitive actions, and the utterly incredible graphics make the whole thing look like some sort of movie. This isn't your usual game of shooting and running around, no, this is a story. What's the story about? At it's heart it is about how far a father will go to save his son from a serial killer--and you decide how many limits you are willing to push. You play 4 different individuals who all tie together, but if you aren't careful each of them can die or otherwise end up unable to participate in the story. Other games have you shoot people mindlessly, this one makes it so every action you take carries with it weight, be that taking a life to save another, or something as simple as gathering the correct evidence to solve the mystery of "The Origami Killer".

This game actually made me feel, and not just the usual adrenaline rush from games, but true emotions and caring. Yes, a big plot twist is sort of predictable and cliche' (I'm embarrassed I didn't see it coming), and certain things aren't fully explained, but this is just an amazing game. If someone tells you they don't play video-games because they lack good stories, or are only about driving fast and killing people, give them this game and show them what we can achieve through interactive media when we make an effort. Game director David Cage has created some other games that were innovative or had good ideas, but this is arguably his masterpiece, and my game of the year.

That's it! What did you think? What are your favorite games this year?
Posted by David Charles Bitterbaum at 10:00 AM