Chapter Two of, "Reanimator Incorporated," is Another Stupendous Issue! 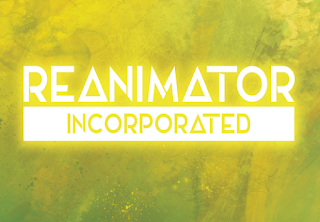 I read and quite enjoyed the first chapter of, "Reanimator Incorporated." Written by Andrew Perry with art by Lyndon White, the series follows a large corporation in the somewhat-near future trying to figure out how to bring back the dead and make a profit from it. At the end of the last issue, Dr. Herbert West's son, Michael, died in a lab accident. This issue spends most of its time between Dr. Herbert West and Dr. Dan Cain trying to figure out how to bring him back and keep him stable as well as Michael in a nether realm of sorts attempting to find his way back to his body.

This issue has a lot more supernatural elements with Michael somewhat undead and something else evil trying to infiltrate his body and come alive. The surreal stuff balances nicely with the sci-fi as Perry and White give us a fascinatingly thoughtful and at times creepy story. This series draws from the HP Lovecraft story, "Herbert West: Reanimator," but stands alone as its own superb tale--one I highly recommend.