Big Brother just wrapped its 24th season. I've watched the show since, let me check my notes here, ever since the 14th season. I have blogged about it since the 15th season and there have been some fun times and some miserable times. This season was overall solid although it was sorely lacking in players I actually liked and was rooting for. There were some real jerks, some perfectly chill people (the winner Taylor, was nice and played a clever game but I have no strong thoughts on her), and then there was the only player I really dug, Michael.

Michael was a competition beast. He could do physical comps and mental comps, he kept winning so much stuff! As soon as the house had a chance to get rid of him, they did. I understand why they did that, but it was a bit of a bummer and resulted in the rest of the season kind of petering out. 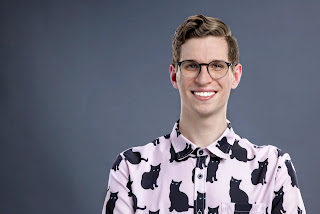 Before Michael went home, however, it was an insanely entertaining season between people who played way too hard (hello there, Daniel) and some people who were fun to watch but barely played at all (Alyssa comes to mind). The show really came to a head when the house was split in two and nobody knew what the other half was doing. That was crazy. I had a good time with this season and continue to enjoy the mixture of competitions, the social experiment aspect of all these people locked in a house away from society, and the general fun of cheering on players who are great while eagerly hoping for the, "Eviction," of the rude folks.

Also, I am friends with someone who consults with the show and always get excited when his artwork appears in challenges. His name is Tom Nguyen and he is immensely talented--check out his site. I am excited for the 25th season next Summer and hope the notable anniversary of that occasion gives us another fun season.

4 out of 5 stars for the season overall.