Video-Game of the Year: Fall Guys and Its More Recent Seasons--2021 in Review 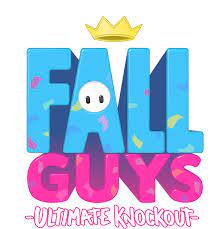 Yes, I am aware that, "Fall Guys," did not come out in 2021. However, some of the most fun expansions/new seasons have been released during this year. I also probably played, "Fall Guys," more than any other game this year on my PlayStation 4 as Clarkson loves watching it. He laughs at the little characters as they run around and bump into each other, and will often request, "Fall Guys," on his PECs board (we have a PECs symbol for it).  Season 6-the latest one--has been a gas and, "Fall Guys," is a great game to play when you don't have a ton of time to dedicate to some massive adventure/crafting/whatever title. You can just join a game, play some rounds, and go on about your day. It's good fun!