I've done posts before that break down a bunch of stuff relative to comics from writers, to artists, ongoing series, mini-series, and all that. I'm going to make it much more simple this year. I'm just going to tell you my favorite comics of the year that came out during 2021 in some capacity (so at least some issues/the book/etc. were released during this year). I'm splitting this into two parts so that I can adequately label everything (Google limits how many labels a post can have), but these are in no specific order. Now then, here is part 1! 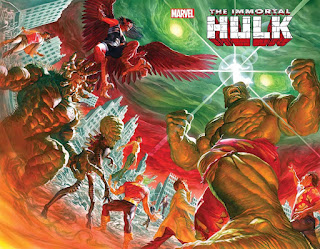 Al Ewing wrote an amazing comic and the illustrator, Joe Bennett was revealed to be an awful person (unfortunately) who knew how to draw spectacularly but not how to be a decent human. They will never work together again (Ewing has said as much), but for the 50 issues (and one-shot specials) that we got, "Immortal Hulk," it was a phenomenal read. Full of philosophy, political discussions, tons of body horror, and a lot of Hulk-doing-smashing, it was just a superb book that wrapped this year. Oh, and those Alex Ross covers were the bomb diggity. 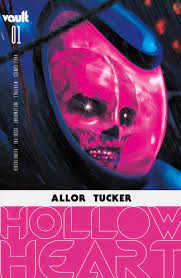 A six-issue series published by Vault about a strange machine-human hybrid named El that was once a man and now is something less (and more) that falls in love. El is stuck in a lab and falls in love with someone working there named Mateo. Things go horribly wrong. This is,  "Hollow Heart," the tale of a jumble of organs in a biosuit that is capable of immense destruction as well as incredible tenderness. Other relationships are examined in the book too, and how the existence of El impacts them. This is a book about people and how we relate to one another in love and hate, plus it's a book about a huge cyborg that wrecks a lot of shit when it gets loose. It was a great read and I applaud Paul Allor and Paul Tucker for giving us such a human story about inhuman creations. Simon Hanselmann is a genius skilled at drama and comedy. Enough said. 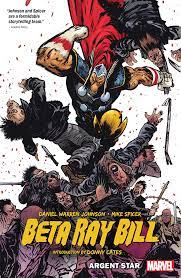 Daniel Warren Johnson gives us a tale of Thor's friend/occasional opponent Beta Ray Bill as he struggles with being stuck in his less-than-attractive superpowered state and fights to find a way to simply be a regular person when he desires even if it means going to extreme means. The real treat is seeing how amazing a storyteller Johnson is with his kinetic artwork, making even a game of table tennis as two characters chat an engaging and exciting moment. The oddest thing Marvel has released in a while. I dug it.