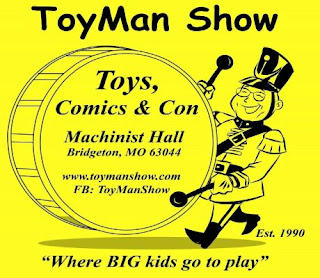 I attended the final Toyman show of 2021 today, and it was so much fun! I got there earlier this time and had to head out a little earlier, but still saw plenty of folks and got some awesome comics! Before doing anything I sold some Spider-Man comics to my friend, John, of Bigfoot Comics and Collectibles. I then talked with my friend Tim and saw Dustin at his booth. Dustin had an assortment of cool comics and I was especially excited to get a copy of, "Daredevil," #10, the first cover appearance of Maya Lopez/Echo. Give it a look: 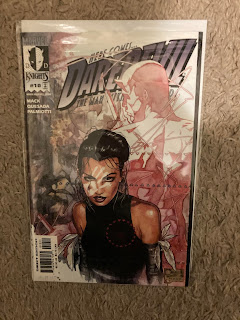 I then saw my buddy Tom of Alliance Comics, Toys, and Games. We talked about the app Whatnot and how I've been enjoying it--he'll be selling on it himself soon! I saw my buddy Brian Lan as well and we grabbed about how life has been. My friends from Perryville's Heroes for Kids were present and we discussed how excited I was for when their next show happens. I also saw Spike of Lost in Space Toys and Collectibles who was kind enough to sell me an awesome pin used to promote Dick Tracy comics decades ago. I have a small collection of interesting pins and I'm pleased to add this to it: 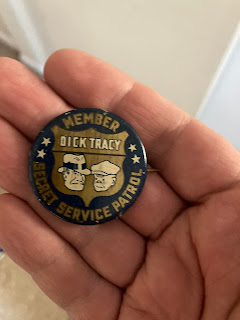 In the upstairs area I was happy to see such awesome friends as Jessica Mathews and Jennifer Stolzer. We talked about how they had a new book that should be out by the Springtime of 2022 as long as the printers are fully on time. Lindsay Hornsby of Princess Pups/Mega Giganto comics was there with some awesome stuff as well. I also ran into my buddy Vince of VK Toys. We were able to make a trade where I acquired this awesome issue of, "Batman," with art by Todd McFarlane. It is issue #423, and it is gorgeous! Here it is: 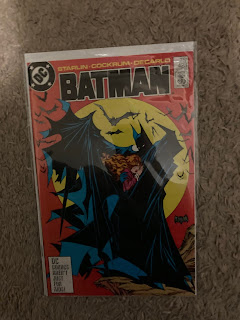 This Toyman show was a lovely way to close out the year. I always need to thank Chris, "Toyman," McQuillen for having such a fantastic show. I would encourage everyone to check out the website for the Toyman show and note how the next one is on January 9th of 2022. It'll be where it always is, the Machinist Hall at 12365 Saint Charles Rock Road in Bridgeton. I'll try and be there and suggest you go too!