I now present the rest of my comics of the year from 2021! Again, in no specific order here they are... 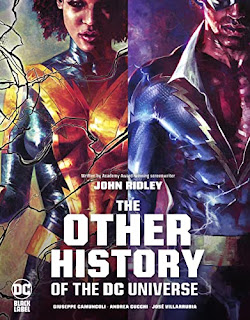 The Other History of the DC Universe

Probably the best thing published by DC in years, "The Other History of the DC Universe," is an out-of-continuity take on various characters who are parts of underrepresented groups. John Ridley writes and Giuseppe Camuncoli provides some stellar art in this raw, deep, and emotional anthology of sorts with each character getting an issue. 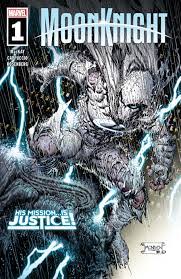 There have been some runs on Moon Knight I loved and runs that made me shake my head in disappointment. After reading the issues of, "Moon Knight," that we've gotten this year from Jed Mackay and Alessandro Cappuccio, I am happy to say this is the best damn Moon Knight material I've read since the Charlie Huston & David Finch stuff that got me into the character in the first place. From the debut issue to now, Mackay takes everything in Moon Knight's confusing continuity and lets it all count, acknowledging just how messy a character Moonie can be. He lets this somewhat convoluted background bring us superb stories about a man struggling to come to terms with his personal life, religious views, and how he can help others when he can barely help himself. Plus, there's a dab of humor too so that everything avoids being a bit too dreary. I hope Mackay and Cappuccio get to write Moon Knight for a long time. 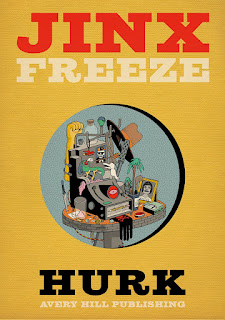 When I reviewed, "Jinx Freeze," I put in the title how it was the weirdest comic I'd read in a while. It still is probably the strangest thing I read in 2021, and that's a good thing. Lord Hurk gives us the story of a town dealing with a heist, but it is so much more than that. An assortment of odd characters in seemingly unrelated vignettes begin to tell one epic story, and Hurk illustrates it all in an astonishing grotesqueness that results in this being one of the most striking comics I read this year. 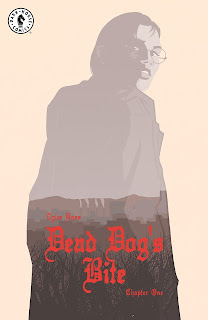 Tyler Boss did everything for this surreal little comic. He wrote it, drew it, lettered it, colored it, Hell, I wouldn't be surprised if he was at the printing press stapling the thing together. Now, someone can do everything for a comic and it still could suck, but Tyler Boss is a damn fine creator. "Dead Dog's Bite," was impressing me before it even finished and upon the conclusion of this four-issue series, I knew it was a real treat. A little dark, quite funny, and with a mystery that actually pays off at the end in a satisfying manner, this is an example of how a labor of love can be a masterpiece.