Comic Publisher Dynamite Has Really Stepped In It Now--"It," Being Dumb Controversy 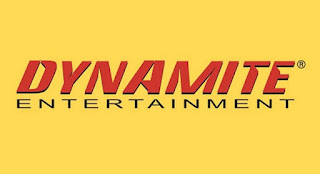 Comicsgate is a hate group known for harassing anyone who isn't a white, straight, male whilst putting out really low-quality comics (or getting such comics funding yet never releasing them). They are afwul and anyone with sense is sure to distance themselves from Comicsgate. Well, for a period of time the publisher Dynamite Entertainment--under the direction of CEO Nick Barruci--seemed to be uncomfortably chummy with certain folk who were Comicsgate-adjacent if one went looking into it (I never did, so I had zero clue). This went from subtle to outright apparent recently as Dynamite promoted a Comicsgate project on their Twitter with an Indiegogo campaign and had a sponsored variant cover for it. Many people were understandably upset and readers, as well as creators, made this displeasure clear.

A number of folk working at Dynamite said they would be leaving once their contract expired, fans said they were done with the company, a lot happened over a weekend. After a lot of chatter, Barruci announced Dynamite wouldn't be doing a variant cover, but said it was because the cover was, "Polarizing." He didn't denounce Comicgate or offer any kind of apology for seeming to be so close with a hate group. It's been messy. Now those who hate Comicsgate are mad at Dynamite and Comicsgate is all pissy that Dynamite has, "Betrayed," it or some dumb B.S. As a result of this, Comicsgate's arguable leader, the horrific Ethan Van Sciver, has said Barruci worked with multiple Comicsgate creators on projects secretly for a good deal of time, basically throwing his former supposed ally under the bus. Is Dynamite Entertainment going to have economic troubles now and/or hemorrhage creators? Will Barruci quit or be ousted? Will Comicsgate ever just finally go away? These are the questions, and we will have to wait and see for answers.
Posted by David Charles Bitterbaum at 3:49 PM