We Still Don't Know Exactly Why Dan Didio Was Fired, but We Probably Will Before too Long 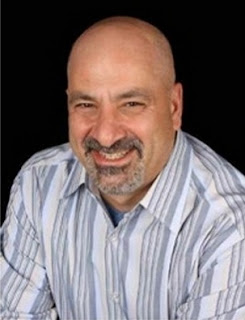 I touched upon the sudden event of Dan Didio being fired from DC at the end of my recent news and links post. It came out of utterly nowhere so little was known about how the man who was co-publisher with Jim Lee found himself fired after we assume an upsetting morning hearing from his bosses (e.g. the brass at DC's owner Warner Brothers).

It is Monday and we still have no clear answers outside of how Didio was always a controversial figure, but seemed to get results. Perhaps his results had been less impressive lately, or an assortment of P.R. black eyes for DC slowly built-up to too many (the Batman's penis-reveal controversy, harasser Eddie Berganza finally getting fired after a big news piece), or maybe it was how even though he was co-publisher he still micromanaged things other positions were supposed to be covering.

Dan Didio has only offered tweets of relaxing in comfy locales with loved ones or images taken from boats of clear blue waters as well as a short video saying he is humbled by the outpouring of support and love and how he wants to say, "Love to you all." Plenty of drama is going to spill-out at some point, and how exactly this impacts DC's upcoming publishing plans for events like their more-and-more promoted, "5G," with multiple generations of heroes is a big unanswered query too. Right now is the quiet before a gossip and rumor shit-storm, I'd argue. Enjoy the peace while it lasts, everyone.
Posted by David Charles Bitterbaum at 2:44 PM