A Smattering of Later February 2020 News and Links

It's February 21st and the end of the month is nearing. We get one extra day this year in the form of February 29th, so that is snazzy. Plus, Clarkson's third birthday is the 28th, which normally is the last day of the month except for unique years like this (some people incorrectly think he was almost a leap year baby, he was born in 2017 however so he would've just been born March 1st if it weren't February 28th). Now that I'm done breaking-down the calendar, here are some news and links.

Stuff For Your Reading Enjoyment 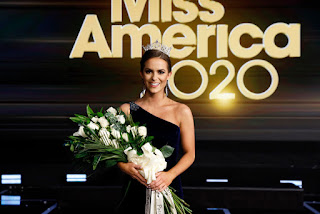 This piece by Lyz Lenz for Jezebel examines the stark decline of the Miss America pageant from its glory days and looks at what's left with the question what it is like to be, "....placed on a throne without a kingdom while no one watched."

My thoughts on the latest season of, "The Bachelor," were recently posted and I find it entertaining but messy. The AV Club thinks it is too toxic to be fun and Vulture continues to kill it with their episode recaps. As the finale approaches it is going to be a glorious heap of drama.

Friend of the blog Kevin Kessler recently posted online how issues of his comic I quite enjoyed, "Universilent," can now be purchased for digital reading on Comixology! 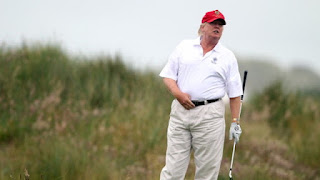 The staff at The Root calculated how much taxpayers are spending for Trump to be able to play golf as much as he does. It turns out he's the 10th highest paid, "Athlete," in America in terms of cost.

Covid-19 or as it is casually called, "The Coronavirus," which has been spreading at an alarming rate continues to worry me. It is harder to contain than SARS and the exact lethality is hard to be sure of, but hopefully, it will be under control before we're at levels like the 1918 Influenza epidemic.

I've always loved Dinosaurs from a young age up to adulthood. Hearing about an impressive carnivorous Jurassic-era Dino named Allosaurus jimmadseni that could give the Cretaceous-era T-Rex a run for its money made my ol' imagination fire-up and imagine what it must've been like to see these creatures those millions of years ago. 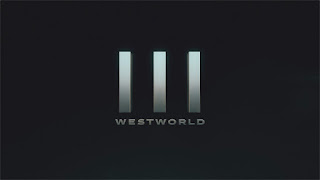 Season 3 of, "Westworld," isn't even out yet, and already they are hiding secret trailers within their promotional clips. The show always has gotten up to crazy mischief so it's going to be a twisty season, ain't it?

The new Batman outfit and a Bat-bike can be seen online now and have an interesting style reminiscent of the, "Zero Year," storyline. It looks pretty cool.

Speaking of DC, there seems to be some breaking news that Dan Didio has left his position as co-publisher and basically the head of DC comics. That's pretty sudden and unexpected, so let's end this news segment with a big shocker like that. Didio was always a polarizing figure during his years at DC, so everyone's reaction has been mixed. I imagine there will be much more to come regarding this.

Enjoy the Rest of February! 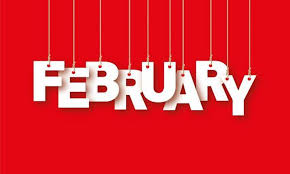 I hope you all enjoy the remaining days of February! We are excited for Clarkson's third birthday for sure!
Posted by David Charles Bitterbaum at 8:00 PM