Television Tuesday: Peter Weber's Season of, "The Bachelor," is a Glorious Mess 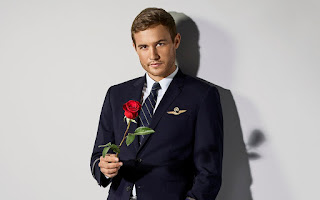 I like watching, "The Bachelor," and, "The Bachelorette," on good ol' ABC. I do not watch them out of the misguided belief these people who date for a handful of weeks in unrealistic vacation scenarios are actually going to fall in love or stay together. No, I watch them for the nearly-obscene amount of drama I gorge myself on as if I were at an all-you-can-eat ice cream buffet. That said, I do wish everyone the best and it is good when the main bachelor or bachelorette takes everything with a grain of salt and at least attempts to form functional relationships with the guys/gals after their heart. Peter Weber is the bachelor this season and boy is he bad at this.

If I may quote a review of a previous episode on Vulture, "Peter has convinced himself that if he’s not working to make a relationship work or make his partner calm, then she’ll leave him because deep down, he’s boring. His utility in a relationship is making the woman happy, and then she’ll validate that he’s a good boy worthy of love. It’s bleak, but it’s what he’s dealing with." This desire to be so dearly needed has resulted in Peter sending home mature, well-adjusted, reasonable women and keeping the most sloppy and over-the-top gals possible, the kind who struggle to have any kind of serious conversation about a relationship without bursting into tears, accusing Peter of, "Being in a mood," or running-off and sobbing in a corner until he dashes over to comfort them.
Kelley and Natasha were the last grown-ups and went home already. Then, Kelsey was in the final 4 and for all her flaws seemed to at least have some defined goals and desires, but also was acting a lot more stable lately and needing Peter less so she had to go when it came down to her and the utter trainwreck that is Victoria F. Kelley told Peter a relationship can be, "Easy and fun," as people get to actually know each other and then the more difficult and dramatic elements can enter the picture when things get serious. Peter doesn't want things to be easy or fun, however. He has said he doesn't want a friend, he wants a wife. This viewpoint is horrifically flawed because pretty much anyone in an actually successful relationship will tell you their spouse is their best friend!

If you aren't friends with your wife and instead your relationship is built upon a vague idea of, "Chemistry," when you're not putting-out emotional housefires every 5 minutes that ain't a relationship, that's an unhealthy co-dependency. Peter wants to be depended on so badly he comes off as hollow and the women left on the show come across as the hottest of hot messes besides maybe Hannah-Ann who of the top 3 at least seems like a real person to some degree outside of cliches like Madison's, "I'm super-religious and sporty," or Victoria F.'s, "I'm likely to murder you if I can't have you," vibe.

Peter Weber may be a perfectly fine guy, but man is he a terrible person to headline, "The Bachelor." He isn't the worst one ever, that will forever be Colton. Still, this season is a big dumpster fire of drama and Peter Weber loaded that dumpster up with all the gasoline before gleefully lighting the match. I still love it though and I'm here clapping with joy as it all burns to the ground whilst Peter shrugs and asks in his dumbfounded way, "What went wrong?" Just everything you did Peter, just everything you did.
Posted by David Charles Bitterbaum at 8:50 AM