The Oscars Were Last Night, Your Interest May Vary on the Results 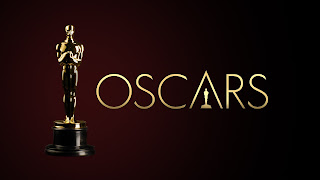 Hey, the Oscars were last night. Depending on how much you care about them you were either super-pumped or actively tried to avoid any news regarding the show. I am somewhere in the middle of those two extremes--interested in the awards but I take it all with a huge grain of salt. One thing that surprised everyone was Eminem showing-up and performing, "Lose Yourself," which won an Academy Award way back in 2002 but he was unable to attend the show then to perform it, so why not now? Also, "Joker," won some big awards (like Best Actor for Joaquin Phoenix) and will continue to divide everyone heavily on if it deserves any recognition for its content beyond at least us all agreeing on Phoneix being a fantastic actor.

I want to offer congrats to, "Parasite," for being the first foreign-language film to win Best Picture (it won Best Director too). Hopefully, this will encourage people to seek out more films with subtitles (America has a weird thing about that sometimes it seems) or at least examine the great variety of flicks director Bong Joon-ho has made over the years. It was overall a fine show and it did fine its second year without an official host. If nothing else, "Lose Yourself," always gets the crowd going...unless you're Martin Scorsese or Billie Eilish.
Posted by David Charles Bitterbaum at 7:07 PM