I've Never Watched, "Stranger Things." Here is Me Guessing What it is About Based on the Latest Buzz

People Are Excited  About This Show...I Know Very Little About It 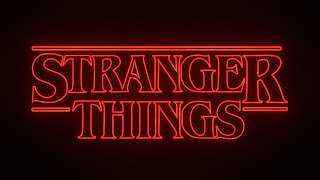 I have seen on an assortment of media website that a teaser for season 4 of, "Stranger Things," is now online, and features a shocking return of a character who apparently was thought dead, or something. I honestly have not watched even a whole minute of, "Stranger Things," and only have a general idea what the show is about from having seen some parodies on television shows or via internet memes. That said, David Harbour is on the show as a sheriff that everyone assumed was dead but isn't (I think), and he's a great actor, so I might try watching the program sometime in the future. Until then, I will summarize what the show is about based on my very minimal knowledge and a lot of guessing.

My Guess About, "Stranger Things." 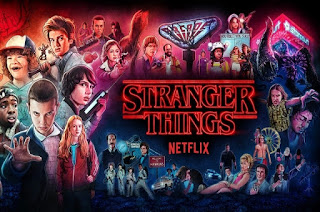 The show, "Stranger Things," is about preteens living in a suburb during the 1980s. They love all kinds of 1980's stuff and enjoy watching movies and playing with now-vintage toys until they meet a girl named Eleven. She is from a secret research base where they experiment on kids and was the 11th test subject. She has powers but they give her nosebleeds. She also likes to eat waffles. The kids help her hide in-between enjoying 1980's stuff and the town's police force helps the kids too.

The secret research base also discovers a place called, "The Upside Down," and one kid gets trapped there and becomes evil or something. Sometimes monsters escape, "The Upside Down," and they are called Demogorgons. Also, the Soviets are trying to do research on the kids with power as well and steal, "The Upside Down," to defeat America. I do not know what the theme music is for the show, but think it would be cool if it was this funk song fittingly titled, "Strange Things," by B. Lewis:

That is my guess about what, "Stranger Things," involves. Do please comment to let me know how right or wrong I am. In the meantime, I'll get around to watching the show someday.