This Weekend in Comics and Politics, The World and America in Particular Burned as Usual 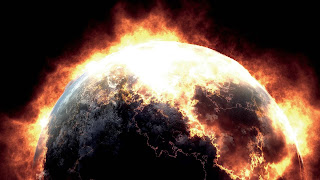 America is of course metaphorically burning, with all the terrible people who shouldn't be listened to somehow gaining more and more power (Alt-Right, Neo-Nazis) in this surreal alternate Universe where Donald Trump is President, the hateful people claim we should engage in bad-faith debates with them, and Taylor Swift may inexplicably be America's last hope for democracy. This weekend was just one where things kept burning as usual, with two events helping to illustrate this.

First off, the folk over at Bleeding Cool (you know, that website with some good articles but which is slathered in annoying ads) apparently had an interview with super-troll and known hateful-idiot, Vox Day. The article talked about how terrible Day was as a self-described White Supremacist and fact-checked his absurd claims (Holocaust denial, etc.), but why even interview the moron and give him a voice? Nazi's don't deserve a kind debate, they need a punch in the face and someone as far-left as Warren Ellis agrees with me on that. People got mad at Bleeding Cool and they took the article down, apologizing and saying there would be some changes to who was in charge...which resulted in people asking, "Wait, just who is in charge there?" People stood-up against the terrible alt-right jackasses and good won the day though, showing we should fight-back against these intolerant assholes, right? It's not like reasonable people will be upset we fought against hate after all. Read my next paragraph and find out...
Comic-book writer Chuck Wendig was fired from his, "Star Wars," books for Marvel for actually fighting-back at hateful trolls who disliked that he dared did things like have LGTBQ characters in his, "Star Wars," comics. Apparently Wendig needed to be more, "Civil," towards the people spewing threats at him. This is one big gift/capitulation to the morons over at, "Comicsgate," as they continue to seek-out any way they can cause damage to folk who don't agree with their blind worship of Donald Trump or...um, what do they believe besides that diversity is bad and the Cheeto-in-office is good? Now we've had James Gunn negatively impacted by right-wing trolls for old crass jokes (don't worry, he's doing okay now), and Chuck Wendig fired for doing nothing beyond calling-out stupid and hateful people.

I just love how the same people who want to be able to refuse to bake a cake for a gay couple, force women to take an unwanted pregnancy to term as some kind of walking incubator, march in the streets declaring how they won't be replaced by minorities, and insist that Jews run the media are the same ones declaring how we need to be, "Civil," towards them as they turn back the clock on any social progress made the last half-century and strip everyone of their rights whilst running the nation into the ground. Bleeding Cool fucked-up giving one of those people a platform and Chuck Wendig got fucked-over for refusing to treat the trolls with their desired but undeserved civility. You don't have a polite conversation with a Nazi, you punch it--and I'm saying this as a very polite and reasonable person. As Wendig said in one of his tweets, things are going to get worse before they get better and we need to make sure we vote (while we're still able). America is burning, and those who lit it on fire are chastising us for not speaking to them with civility.
Posted by David Charles Bitterbaum at 11:57 PM