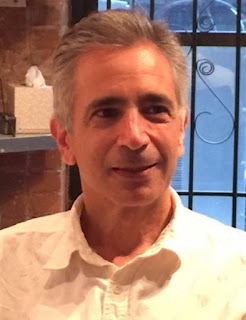 Ya'll know Bill Jemas, right? He helped raise Marvel out of bankruptcy in the early 2000's with some quality ideas (and had some bad ones along the way too, but it clearly worked out) then did a variety of other projects. Most recently he was the head of Double Take Comics. He actually reached-out to me when I posted a mostly-negative review of the first issues of a lot of the books and offered to send me more thinking I might like the books if I delved in deeper. He was right, and it made me sad when Double Take was dissolved. I like Bill Jemas, after all he was quite kind as opposed to trying to murder me in my sleep when I at first hated on his comics and then thanks to his gambit of giving me more to read I discovered I enjoyed what he had published.

Clearly Jemas loves comics and isn't afraid of taking risks. Well, those two things have combined with him getting a fat 5 million dollar check from a venture capital firm, "Lightspeed Venture Partners," a company with its hands in various stuff (for example, they were an early investor in that Snapchat all the kids love). With this money he has founded Artists, Writers and Artisans, Inc. which is going to of course make comics. I imagine with that kind of seed-money there are ideas to do various multi-media things such as get television shows, movies, or whatever made, but time will tell. One other interesting nugget in all this is that Marvel's recent former Editor-in-Cheif Axel Alonso--who either left Marvel of his own volition or was ousted depending on whom you ask--might be a part of this too. Jemas is smart and after how he was possibly hamstrung from doing the comics it was rumored he wanted to do at Double Take it seems like he's been sure to get his ducks in a row for this business venture, ensuring he's in charge and has plenty of time to put-out whatever he's got cooking, stating not to expect anything until, "2019 or later." I'm very curious what ol' Billy as I call him against his wishes might be up to, and I'm eager to eventually find out.
Posted by David Charles Bitterbaum at 11:14 PM