God Damn it AKA I Learned Who the New Bachelor is 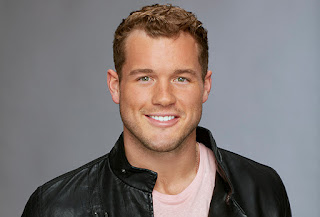 Hey there reader of my blog! Remember how I made a post not too long ago discussing, "Bachelor in Paradise," and how one person on it really bugged me? You may recall my talking about how they symbolize the series biggest flaws by being dull and epitomizing everything bland and unchallenging about the show? Yeah, that person was Colton and he has just been announced at the new Bachelor for this coming season. God damn it.

I mean, seriously, "The Bachelor," why did you have to pick/ask Colton? I guess I should have seen this coming. He and Tia looked like they were going to be a happy couple, but then he realized he just wasn't in love with her and they had to break-up, then leave, "Paradise." When I saw this on Monday's episode and watched his car pull away I jokingly said to my wife, "Just wait for a producer to jump in front of the car yelling how Colton can't go because he's too good for ratings." I didn't expect my joke to actually be something that essentially happened now that Colton will be the new Bachelor. I don't get why he's a fan favorite. The man can't even handle the drama of deciding if he wants to be with one woman or not (Tia) and now he's going to be on the show having all these ladies arguing and fighting for his affection. He's gonna be a mess.
I have nothing against Colton as a person. He's perfectly nice, has a charity that helps people with cystic fibrosis, and I respect his decision to remain a virgin until he finds a woman he feels he truly cares about and wants to have sex with. I just don't find him to be that great as a person I'm watching on television hoping to be entertained by though. He's a blonde white guy who is good at sports and that is such a stereotype for this show it boggles my mind. There will be times the show seems to be pushing against norms, but at the end of the day there isn't really any place for folk who deviate from being straight and cisgendered (some folk have mentioned being bisexual or pansexual during or after filming, but they always are there to try to woo someone of the opposite sex).

I applauded the program when it really had hard discussions about race during Rachel's season (she was the first black person to ever be the star), but apparently the ratings took a bad hit for just that, so of course if viewers already get testy about too much interracial dating of all things the show is going to continue to foster as bland a view of romance as it can: A man and woman fall in love, that's it. I still like to watch the show because of the personalities, drama, and those brief times it does something really progressive or mold-breaking. That happens so rarely though, and with Colton as the newest Bachelor, we probably ain't gonna get much deviation from so-called Romantic norms this coming season of, "The Bachelor."
Posted by David Charles Bitterbaum at 6:46 PM