One Person Bugs Me On, "Bachelor in Paradise," Because They Symbolize the Series' Biggest Flaws 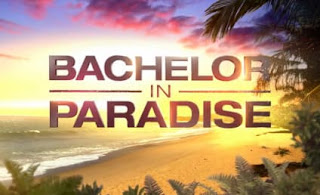 I know it isn't Tuesday, but this isn't exactly a, "Television Tuesday," post so much as a thought on a television show that then spirals into thoughts on the complexities of human attraction. Plus, I don't want to wait any longer to bitch about this. Basically, it really bugs me how this season a man named Colton has been so popular despite being incredibly, terribly dull.

For those who aren't aware, "Bachelor in Paradise," is a spin-off of the, "Bachelor/Bachelorette," franchise where people who did not, "Win," the heart of the main person in various seasons go hang-out at a resort, drink, hook-up, and maybe fall in love. Basically, if the main show is dedicated to the fantasy of finding a perfect soulmate through competitions and elaborate ceremonies, this is the more relaxed and low-key version where everybody realizes they just want to drink, make-out, and possibly fuck. Even the place they go to bone has a humorous name, referred to as the, "Boom-boom room," instead of a, "Fantasy Suite." It's also a very self-aware show and hilarious as the men and women all alternate between having a great time and squabbling. I can't stop being annoyed with Colton though and how he symbolizes some of the series' biggest flaws. 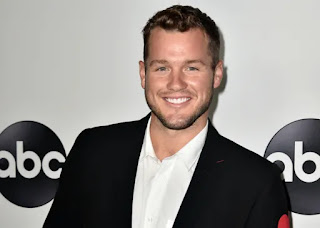 Colton essentially finished 3rd on Becca's season (the most recent). He is handsome, good at sports, and still a virgin who isn't waiting until marriage, but wants to find the right woman. He also is really boring. He's not a bad guy, he's just bland...yet so many women on the island were interested in him. I don't get it, there are guys like John and Kenny who are handsome as well as smart and funny, yet so much drama happened on the show with Colton not being sure if he wanted to just date a woman he knew previously named Tia (who was also on the show in a different season competing after a dude named Arie) or interact with other women. He is so boring, yet a number of women on the show were interested in him, Twitter loves the guy, and I'm just like, "Huh?"

I suppose even if, "Bachelor in Paradise," is a more chill version of the main show it still suffers from promoting certain social conepts. Colton is the stereotypical, "All American," boy--handsome, strong, and tough, yet still virginal and vulnerable enough with his occasional crying to be masculine but not toxic. Oh, and he is white and blonde. He's a concept viewers of the series are comfortable with. this way they don't have to feel challenged by difficult discussions such as the ones about race that happened in the season where Rachel was the Bachelorette (the first-ever Black person to be the star of the show) and ratings dropped, or when past contestants on the show have called-out how silly it is to think every season has to end in a proposal as opposed to maybe just agreeing to try monogamously dating once the show is done.
America as a nation still has many issues with race (just look at my post yesterday about our racist-in-chief, Donald Trump), gender, feminism, and I feel like the bland, "Classic," option of someone like Colton appeals to people so they don't have to think too much. The more upfront and, "Loud," or opinionated women on the series are generally treated as comedic relief or edited on the show to appear annoying/crazy. It is at its heart a show about how in the end we get one man picking one woman and if they don't play by the rules of the show they go home. Despite some hints of the series acknowledging that not everyone is heterosexual (past contestants have declared they are bisexual or pansexual or come-out as such after a season was filmed), it still is one of the most heteronormative programs you'll ever find.

It's fun and trashy television, but for every time it seems to be making social progress, a chunk of the audience seems to want to have any step forward be followed by two steps back. I feel like Colton unintentionally epitomizes this, and as this post has made clear, that irritates the Hell out of me. I still enjoy, "The Bachelor/Bachelorette," as well as its wacky, "Bachelor in Paradise," spin-off, but seeing all the self-imposed limitations the shows give themselves just is a bummer.
Posted by David Charles Bitterbaum at 1:22 PM

Email ThisBlogThis!Share to TwitterShare to FacebookShare to Pinterest
Labels: Bachelor in Paradise, Gender, race, Sexuality, television, The Bachelor, The Bachelorette