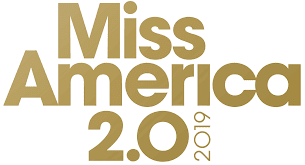 Hey, remember those Miss America Pageants that used to get a chunk of press but over time people quit caring? Yeah, those. Did you know they have been trying to rebrand it as something besides a beauty contest with the name, "Miss America 2.0," and by eliminating the swimsuit competition and emphasizing how its about achievement and scholarships? Yeah, that's a thing. I mean, if you are a contest judging people on how they look, walk around, and pose, just own it, but I digress. Apparently, the current reigning Miss America, Cara Mund, wrote a letter that leaked (or she leaked it, I'm not sure) to the folk in charge of the Miss America pageant talking about how she felt bullied, ignored, and otherwise mistreated--something which she says makes her sad to state as the pageant is clearly in a fragile place right now. This made shit go crazy.

The current head of Miss America is none other than a former Fox News host, Gretchen Carlson. She released a statement basically saying Mund should have kept her mouth shut and by saying all this is now hurting the Miss America brand, or something. Instead of responding with a, "We will work on this," she instead went the route of, "Shut-up, now we're gonna have more problems and you're to blame!" Essentially, Mund pointed out the ship is sinking and the captain/Carlson claimed Mund is making the water pour-in faster. Carlson already is not especially liked by past winners/folk associated with the brand, so this is like a rock and a hard place for her in regards to staying employed.
Look, I'm not going to go on some rant about how in we shouldn't have beauty pageants. If there is a market for it Miss America can keep happening and people can attend/tune-in or ignore it. Trying to rebrand it as some kind of feminist showcase however is stupid. You're judging women on their looks and it is shallow, but some folk are really into pageants and more power to them if they want to spend hours trying to perfect their smile in hopes of winning a crown. I'm just amused that something I haven't heard much about in years is now getting so much press for reasons I'm sure people behind Miss America would prefer didn't make the news.
Posted by David Charles Bitterbaum at 3:36 PM