So, What Exactly is This DC Streaming Service? 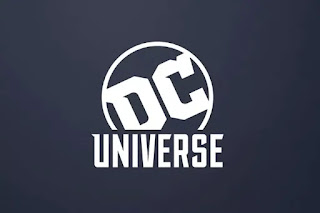 I have a legitimate question, I am not being sarcastic: What is this DC streaming-service I've heard a tiny bit about? I mean seriously, I am someone who writes about popular-culture a ton, reads a variety of comics, and tries to at least be aware of the newest trends in everything form technology to entertainment (like, I'm not going to use Twitter-alternative Mastodon unless I'm really bored one day, but I at least know what it is). That said, I have heard so little about this new DC streaming-service it is kind of shocking. What is its official name even? Oh, "DC Universe." That's a bit bland, but okay. I recall hearing something about how it will have original television shows such as a live-action, "Teen Titans," that will apparently feature Robin saying, "Fuck Batman," to be edgy, but that's about it for my knowledge of the service.

Seriously, I just Googled, "DC Universe streaming," to see if I could get a clearer idea and found this new article about what it will cost, but exactly what are we getting? I see something about television, movies, and comics. Does this mean we get access to a bunch of older DC titles? Newer ones, and if so how recent? When it comes to movies will we be able to stream newer stuff like, "Justice League," or is it just going to be Batman flicks where Micheal Keaton was in the cape? Then there are the television shows and my wondering if it is just original content on this streaming-service or will folk be able to see anything related to DC characters that has been broadcast--e.g. all those CW shows and such? It is odd I have all these questions and am struggling to find much in the way of answers.
DC's new streaming-service launches September 15th, that is less than half a month away and I still am quite foggy on the whole thing. I mean, if anyone from DC wants to give me a free 1-month trial subscription for the purposes of figuring everything out and offering my review of I won't turn that down, but until then I'm befuddled. I also continue to worry we are reaching a peak saturation point for streaming-services. It used to be we had Netflix and Hulu. Then Amazon Prime had shows, followed by all these other services bigger and smaller, now its getting to the point if you want to watch one show you need this service, for another show you need that service, and basically it is all fragmented and messy, the whole thing having a cable or satellite subscription theoretically helps us avoid.

Now people quit paying for television and end-up dropping more cash on all the various streaming-services. It is messy and probably headed toward an eventually reckoning/downsizing. For now though more and services are either announced or start-up what feels like every day. I just hope this DC Universe has enough to set it apart from everything else that it make enough bank to sustain whatever its unclear-to-me goals are.
Posted by David Charles Bitterbaum at 2:24 PM