Television Tuesday: We're Getting a, "Friday the 13th," Prequel Series! It Can't Use Jason... 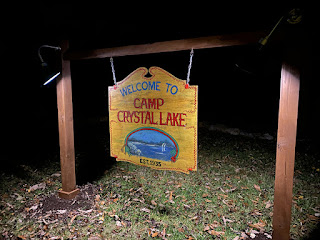 Later-in-the-Day Update: Bryan Fuller said that supposedly they can use, "Everything," as long as it is distinct from the movies. Perhaps some form of Jason will appear and be named?

Bryan Fuller has created some quality programs as well as stuff I struggled to get into. "Hannibal," was fantastic television, and the first season of, "American Gods," had some cool stuff but sometimes seemed a little too busy being obsessed with itself. The dude excels at giving us creepy entertainment, however, so when I heard he was creating a show called, "Crystal Lake," for Peacock my ears immediately perked up.

Anyone who has seen a, "Friday the 13th," movie is aware that Crystal Lake is the infamous location where Pamela Voorhees killed a bunch of camp counselors as revenge for her son growing due to their inattention (the first movie) and then the place where her son, Jason, began killing lots of people who dared to come to the campsite. It's a classic franchise and there was even a teaser that gave me hope we were getting more of the franchise (it turned out to be a bit of a hoax). It was actually revealed yesterday that Bryan Fuller is creating a, "Crystal Lake," show that focuses on the camp before Pamela ended up killed by a counselor who fought her off and Jason's reign of terror began for a bunch of movies.

It all sounds interesting thematically and is legally necessary because the rights to Jason himself are complicated and he can't even be used as we know him. I guess we'll be getting a show with Pamela (maybe) and she will make reference to a son if she appears but efforts will be made to make sure he is never named? That, or the show will just focus on the day-to-day running of a camp before Pamela even started killing people and we'll just get a chill show about a pleasant camp where nothing bad happens for some decades? Nah, people are going to die, and it will be nasty. This is a Bryan Fuller show, after all.