I Briefly Played, "Sonic Frontiers," and was Unimpressed 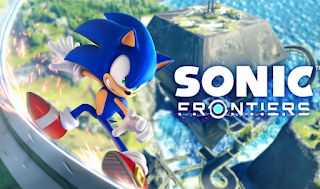 I have a longtime love of Sonic the Hedgehog and his games. From the class side-scrolling ones to the Dreamcast, "Sonic Adventure," games, there have been some fantastic titles...and some admittedly bad ones. I went into, "Sonic Frontiers," hopeful an open-world-styled Sonic game could be good and I was underwhelmed. There's a big island that looks pretty filled with weird robot creatures (a bit like the, "Horizon Zero Dawn," games) and you can run around as Sonic doing little tasks and sometimes have these more straightforward areas to run. You can level up sonic with items to gain more skills, and I just was bored really quickly. There are other things I'd rather try on my PS5 at this point, so I shut the game down and returned my rental to the store the next day.

Maybe I should've played longer and I would've had more fun, I always say in these posts that if a game doesn't grab my attention quickly I will often just give up on it to try something else. I'm at a point in my life where hearing how after five or so hours something gets good means I probably will avoid it lest I waste five hours waiting for a game to become entertaining. "Sonic Frontiers," was boring and I'm on to the next thing, that's how it goes nowadays. I mean, props to the game for trying something different and, "Getting weird," but I still found it dull.