I'm Never Giving Twitter a Dime of My Money, Even for the Blue Checkmark

Twitter is a cesspool. I use it to help promote my blog and read funny opinions on various reality shows, but it overall is a terrible place I still go to. It is like a restaurant that seems far too dirty to not get shut down yet inexplicably stays open and has that one tasty dish so you put up with going there even if the odds are alarmingly high you'll end up sick to your stomach by what you see. With all of that said, Elon Musk paid an absurdly high amount for this miserable restaurant/website after failing to weasel his way out of the initial offer to purchase Twitter. Now he's stuck and wants to figure out a way to make money from his awful investment. There has been pushback to some ideas.

Musk proposed charging people money to have the little blue checkmark next to their name that verifies they are who they claim to be. This is used by big public figures who he figures can afford to throw him $20 to assist him in...making Twitter better by fighting bots or something? I will admit I don't think I'm a big enough name to even have a blue checkmark, but if the opportunity ever arose to have one but I had to pay actual cash money for it? Hell nah. Stephen King agrees it isn't about the money but the principle, tweeting, “Fuck that, they should pay me. If that gets instituted, I’m gone like Enron.” Musk attempted to tweet at King his reasoning behind charging for a blue checkmark and that perhaps he would lower the price and incorporate it into the mostly-disliked premium Twitter option as a way to let anyone who wants to pay and who can prove who they are get a blue checkmark. 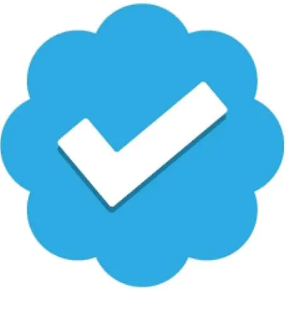 As with a lot of things Musk does (electric cars, space travel, and so forth), there is a piece of a good idea in here surrounded by a bunch of dumb stuff. All I can tell you is I'm never giving Twitter any of my money because, unlike the metaphorical restaurant that I'd tip a bunch extra to clean their floors even once in a while, there ain't no cleaning-up Twitter.