Kevin Conroy, the Definitive Voice of Batman, Has Died 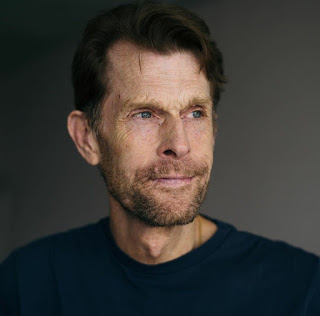 Kevin Conroy has passed of cancer at age 66. This news broke today but I keep thinking back to years ago.You see, I saw Kevin Conroy at Wizard World 2017. I did not meet him, as the line was incredibly long and I was busy buzzing around, but I did see him eagerly chatting with fans and appearing to be having a great time (something you don't always see with the celebs at a comic-con, some look miserable). I've always told people when I picture Batman I oddly enough see Michael Keaton, but hear Conroy's voice. This is probably due to the fact for many of us he was Batman's voice, full stop.

From the fantastic animated series to video-games, and plenty of other media, Kevin Conroy was indeed a fine actor with a number of other credits to his name (and trained at Juilliard), but so many of us revered him as Batman. By all accounts he was kind, gracious, funny, and a genuinely cool guy. He wrote a fantastic autobiographical story for, "DC Pride 2022," about the homophobia he faced while trying to succeed in the entertainment industry and eventually landing the role of Batman we all loved him in. I'm saddened to think I'll never have the chance to actually meet him a convention and request he sign the comic for me. He will be missed.