Flashback Friday: "I'm Blue," What Did They Do to You? 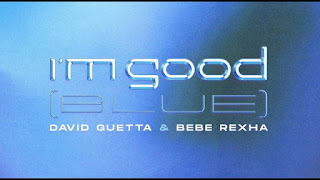 Back in 1998, there was a weird little song that absolutely took over the radio and basically everyone's life. It was, "I'm Blue," and it was created by a group known as Eiffel 65. It perhaps wore-out its welcome when it was everywhere constantly, but now when I hear it I feel a nice bit of nostalgia. There have been covers and remixes of the song which have been perfectly fine, but now there's a new one and it is awful. David Guetta & BeBe Rexha have created a hideous musical monstrosity. They dug up the corpse of, "I'm Blue," to extract a piano riff and alter some lyrics to say, "I'm Good." They've given us some dull and dreary pop pap that completely misses the point of how the original song was actually about being extremely depressed and despite having a great beat had some deeper meaning. "I'm Good (Blue)," is the new song and it sucks.

I am aware that I'm maybe overreacting. It isn't like "I'm Blue," is a musical masterpiece that has been disrespected. I just really hate the new song and how it mutilates the original. At least Eiffel 65 got paid well for this turd to be thrown in the, "I'm Blue," punchbowl (I assume). Maybe I need to bust out that, "Old Man Yells at Cloud," meme from, "The Simpsons," again at the rate I'm going. I'm taking a nap now.