The New, "Saint's Row," is Perfectly Fine--No More, No Less 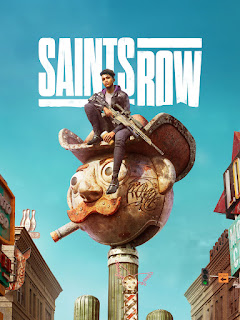 I love the old, "Saints Row," games. I've rambled about the first game, how much I enjoyed the 2nd and 3rd, and had a ball with the 4th too. Now there is the reboot in the series, simply titled, "Saints Row." It has launched to mixed reviews with some saying it is quite buggy, lacks the magic of the zanier entries, and otherwise is okay but far from amazing. I played a chunk of it and it is perfectly fine. I haven't played enough to offer a review, mind you, but what I have played is nice and decent.

If you want an open-world game with a variety of little tasks, vehicles to steal, and some humorous missions with fun characters, you could so worse than this newest, "Saints Row." I know some folks have been mad that classic characters are gone, but I haven't thought of the franchise as being defined by its characters so much as a general fun vibe and at times silly attitude (or extremely silly with the fourth game and its aliens/superpowers/and so forth). There is fun to be had with, "Saints Row," even if it isn't wildly amazing. It is entertaining without exceeding expectations. I'm not trying to damn with faint praise by any means, but as I keep repeating almost like a mantra: It is perfectly fine. Give it a try, just keep that in mind.