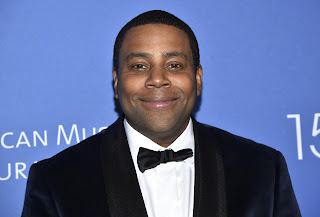 I am a fan of Kenan Thompson. I've followed him from his days on, "All That," to, "Kenan and Kel," the, "Good Burger," movie, being a mainstay on, "Saturday Night Live," appearing in multiple other movies, and now having his quite funny sitcom, "Kenan." The man is a great actor (not just in comedy, but he excels at it), and a cool dude.

I am known for not being a huge fan of award shows and considering them one big exercise in people doing navel-gazing and patting themselves on the back. Still, Kenan is cool so I'm going to at least DVR the Emmys in order to rewatch it later and fast-forward to any segments with Kenan. I doubt anything as interesting as what happened at the Oscars will occur, but it should be a fun show with Kenan involved.