Deadpool AND Wolverine Are Back for, "Deadpool 3." That Sounds Fun! 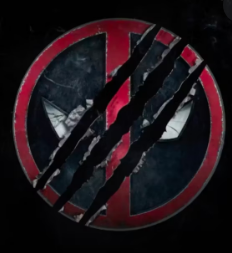 We've been awaiting news about the third, "Deadpool," movie for quite some time. We also thought Hugh Jackman would never play Wolverine again. Nothing was announced at Comic-Con International/San Diego Comic-Con. Then nothing was revealed at D23. Then, Ryan Reynolds puts out a tweet (of all things) yesterday with a little clip discussing how on September 6th of 2024 we will finally get, "Deadpool 3," and Hugh Jackman will be back to play Wolverine one more time. Another clip today claims to explain everything, but avoids doing so in a silly manner. All this as Deadpool officially enters the Marvel Cinematic Universe (somehow). Yeah, I'm totally down for that.

When I first saw the news it sounded fake, but lo and behold, we're getting Deadpool and Wolverine causing a ruckus. I'm pleased, even if it is basically a whole two years away at this point--that is quite a wait. There will be plenty of other Marvel content while we wait, however, so no worries there.