"Grand Theft Auto VI," Has a Massive Hack and Leak Right as I'm Getting Back Into the Last Game's Online Mode 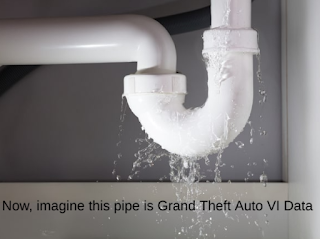 I hadn't played, "Grand Theft Auto V," since it was a PlayStation 3 game. I was able to pick it up for cheap for the PS5 and dipped my toe into the online mode. It was fun even if it was also overwhelming with the sheer amount of stuff you can do. Back when I first played GTAV the online mode felt absolutely undercooked, now its the big selling point. I figured I'd dip my toes back into GTAV as while it was revealed a sixth entry was in the works, it was still a good way off. I didn't think we'd get much of any information about, "Grand Theft Auto VI," for at least another year if it wasn't due to release until 2024 at the earliest. Then a massive hack and leak occur.

Somebody did a virtual break-in of sorts and got access to the Slack app account of Rockstar and the developers making GTAVI. This person used this opportunity to get a bunch of gameplay videos, possible source codes, and all kinds of sensitive information. What they did is no doubt illegal, but lots of folks don't care and just want to see the videos even if in the end,, as Catherine Castle at RPS puts it this, "...benefits precisely no one." This is true, all we are seeing is a bunch of in-development data and no-context gameplay clips. It is exciting in a way to witness something we, "Aren't supposed to see yet," or even view at all, but what was the point?

Everyone knows GTAVI is in the works, who is this for? Those of us curious about how development is going? People just wanting the thrill of getting a looksie at stuff? It's just an unfortunate mess, like when the source code leaked for, "Half-Life 2," back in the day, but development will carry on, and eventually, we'll get GTAVI to enjoy.