The Latest ToyMan Show Was a Delight! 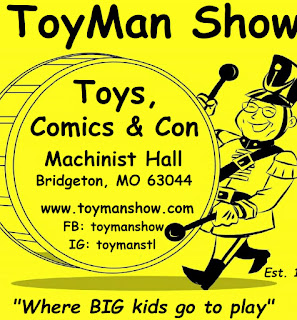 I was overjoyed the ToyMan show returned last month, so you know I showed up to the latest show today eager to find more awesome stuff and make some deals. Anytime I go to a ToyMan show I see such a wide variety of stuff it astounds me. Vintage toys, new toys, diecast cars, Funko Pops, Legos, posters, DVDs, and more are always at the show. As a comic person I focus in on the comic dealers, but I'm always intrigued by how much I see. While I was at ToyMan I ran into a lot of my vendor-chums such as Brian Lan, Spike from Lost in Space Toys and Collectibles, and I chatted with Tom from Alliance Toys, Comics, and Games. I bought a really crisp copy from one vendor of, "Amazing Spider-Man," #299, which features the first appearance of Venom (yes, some call it cameo, I don't want to get in a big fight about it though). Check it out: 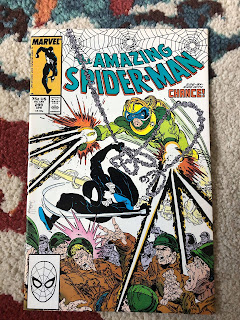 After doing a lot of browsing and chatting with various folks at booths I went upstairs and saw a bunch of awesome people I always enjoy running into. I talked with my friends Jessica Mathews and Jennifer Stolzer, who were telling me about how they were already discussing plans for a new book they'd be collaborating on! I also saw the fantastic folks from Perryville's Heroes for Kids and chatted about how enthusiastic I was for the next upcoming con in 2022 after loving the last one. As I was looking around the show I actually ran into a friend of mine named Mark and we showed each other some of the comics we had brought to the show in hopes of trading/selling. He was kind enough to sell me a copy of, "Wolverine #88, which features the first meeting of Wolverine and Deadpool! Here it is: 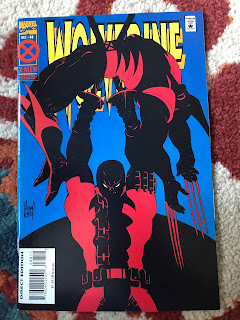 There are always so many awesome sellers and creators at ToyMan that it has become one of my favorite shows to visit anytime it is held. The next show will be on September 26th and you can find out everything needed to know about attending via this digital flyer. Should you be in the Saint Louis region around then I'd recommend visiting the show as it is always great.