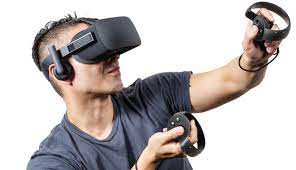 There are cool VR games, I'm sure. They made that, "Half-Life: Alyx," spin-off that exclusively used a VR helmet. That said, there are a variety of VR options out there and none of them have really caught on as a mainstream thing to use with your PC/console/etc. I say all this to make it clear that the shutdown of a Sony studio making VR games is quite sad, but not surprising. I remember some years ago how it was just outright insisted that VR gear was going to be huge. Now, the articles are about why it still isn't the next big thing. The tech keeps significantly advancing and impresses those who try it, but VR struggles to actually be a must-have kind of device as opposed to something we say, "Oh cool, but I don't need one," about.

Limited kinds of VR like with our phones are popular. People love that stuff, just not the geared-up kind. Perhaps there will be something that changes all this and VR will become a massively popular form of technology. Right now, I think it maybe just isn't going to ever be much of a, "Thing," frankly. Feel free to throw this article in my face 5 or so years from now if I'm horrifically incorrect, though.