Time is Almost Up to Back the, "Night of the Living Tapes," on Kickstarter 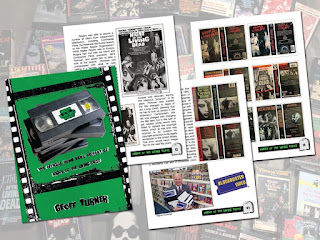 If you back at a higher level you can even get a limited Kickstarter edition VHS of the 4k restored film, produced by the great tape-makers over at Witter entertainment and Broke Horror Fan. I know I want to the book for sure and if I count up my pennies and have enough I may go for the tape. Give the Kickstarter campaign a look and back it if you find it as interesting as I do!