In News We All Predicted, Nintendo is Swimming in Money 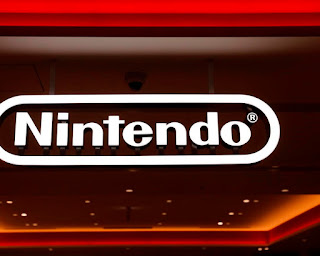 Last year was the most profitable for Nintendo, ever. 2020 was good to Nintendo for a variety of reasons, but everyone being cooped up at home wanting a Nintendo Switch to play games on was undoubtedly a major factor. I mean, I bought a Switch before the market for them went utterly bonkers (thank God I got it from a store for a good price and not for some absurd mark-up, and everyone else did too. How much money was made? Well, "Nintendo saw a 34.4 percent increase in sales to 1.76 trillion yen ($16.1 billion) and an 85.7 percent spike in net profit, reaching 480 billion yen ($4.39 billion)." Oh, and, "The company had thirty-six games selling a million copies on its hardware, with twenty-two of them being Nintendo titles," so they made bank on the game titles too.

2020 was an awful year for many people, this household included. I'm happy for Nintendo though and hope they keep making fun games and quality consoles (occasional misstep like the WII-U aside). I've been a bit busy so I haven't had time to play my Switch as much, but I continue to enjoy having it. I've come a long way from my vaguely aggressive confusion about the thing some years ago, to sort of wanting one, to now being a fan.