I Agree With an Insurance Company CEO on Medicaid Expansion. Has Missouri's Government Messed-up that Badly? 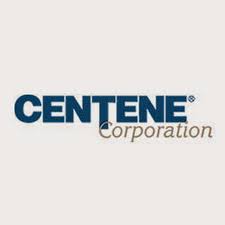 So, I love my state of Missouri, but it has problems. For example, the voters approved an expansion to Medicaid and the federal money was provided for it, but the state Senate and House (which are Republican-controlled) simply refused to assign the funds to the Medicaid expansion so it isn't happening. That's right, the will of the people was subverted by the very senators and representatives we voted for to do what we vote in favor of. Governor Parson, to his (very minimal) credit, said he would sign the Medicaid expansion into law if funds were assigned as it was the will of the people, but our legislature said, "Screw that," and simply didn't do what we voted to have done. This has angered someone who I'm surprised I agree with.

The CEO of Centene is Michael F. Neidorff and the company has its headquarters in Saint Louis, Missouri. They provide insurance, health benefits, etc. He has openly stated that Missouri not funding the Medicaid expansion is an, "Embarrassment," and has asked what his company is doing in a state that doesn't want its services. You see, Medicaid is a government program, but Centene helps with private and public coverage. They would admittedly benefit from a bunch of new people being on Medicaid as it would give them more funds from the government to cover these people--this isn't just the goodness of their heart that has them mad. Still, Centene and its CEO are right, it an embarrassment that Missouri isn't doing what people voted for and it does make the state look pretty unwelcoming to a company that would be more than ready to help provide Medicaid to hundreds of thousands in need. Neidorff is threatening to have his company outright leave the state and it may be an empty threat or something Centene makes good on. I'm just amazed I agree so much with an insurance company CEO on anything, and that shows just how badly Missouri has messed up.