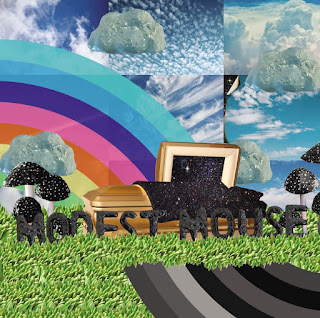 Modest Mouse has made great music but has taken big breaks between albums. I adored, "We Were Dead Before the Ship Even Sank," which came out in 2007. Then it wasn't until 2015 they released, "Strangers To Ourselves," and now it's taken until 2021 for, "The Golden Casket." We're finally getting something new though, so I can't look a gift horse in the mouth. "The Golden Casket," will release in full on June 25th and you can listen to a song from it, "We Are Between," at this link. I look forward to the full album!