Television Tuesday: This Season of, "The Bachelor," Has Been Something, Eh? 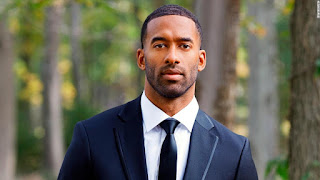 This hasn't been the worst season of, "The Bachelor," ever because Colton's season was wretched and Pilot Pete's was--as I said in a previous article--"A smoldering crater of bad decisions." This season, though, it's been something. We had the first Bachelor of color, Matt James. This took almost two decades, but it finally happened. He was a perfectly nice fellow, but so many ladies in the house were unbelievably toxic to one another, like alarmingly so. Then some questionable actions in the past by one contestant, Rachael Kirkconnell, were defended in a tone-deaf manner by Chris Harrison and this caused enough hubbub that he's taking a break from the show to, "Educate," himself. It's been an odd season. It hasn't been awful, but it ain't been especially great.

Last night we had the Fantasy Suites AKA, "The episodes where they bone," and I'm glad all the toxic gals who were ripping into other contestants have been gone a smidgen (the, "Women Tell All," special was a nightmare to sit through, however). Before the suites, however, we actually got a really heartfelt moment where Matt talked with his Father. They talked about him not being present while he was growing-up really impacted him and has made it hard for him to form relationships. It was a strangely serious moment for the season that pulled back the curtain on, "Attractive and laid-back Matt," and showed us how he's a real human with some serious internal pain he's been working at dealing with. I appreciated the show giving us an honest moment of healing between Matt and his Dad.

In case you were worried, "The Bachelor," was done being silly, however, the dates then featured oatmeal footbaths, sticks of butter being smeared on bodies and other bits of the usual random weirdness--and that was just the first date! We also had Bri almost get fooled into thinking she was gonna sleep in a tent, on the ground, in the cold (before a swanky cabin was revealed). Rachael was...there too. She...um...pouted a lot about the idea Matt was going on dates with these other women. I get it, everyone knows that if you get to the final 3 you have to put-up with your potential future spouse banging some other folk, but it still can really hit home once you actually get to the final 3. That said, you've got Michelle literally apologizing for having a nice date with Matt to the other gals and Rachael just sobbed about how miserable this week was until she finally got to complain to Matt about it whilst doing a pottery class that had the teacher hilarious saying to, "Put your fingers in the hole," at the same time Rachael gave us a voice-over monologue about Matt hooking-up with other chicks. That's some clever editing.

Besides a very personal moment with Matt and his Father at the start of the show (maybe too personal for broadcast, but it was aired anyway), the rest of this episode was a bit quirky, a bit dramatic, and good junk food for the brain. We're barreling towards the finale and then that, "After the Rose," special that will have been filmed after everything blew-up with the racism scandals, criticism of the toxicity in the house, and we'll probably get an official announcement who the next, "Bachelorette," will be too. When it comes to this franchise it always seems on the edge of doing something progressive or having a breakthrough (when we had a same-sex couple on, "Bachelor in Paradise," when we've had more diversity in the leads), but then it just takes two steps back often for every step forward. I still watch it though, often with a mixture of hope and amused embarrassment.